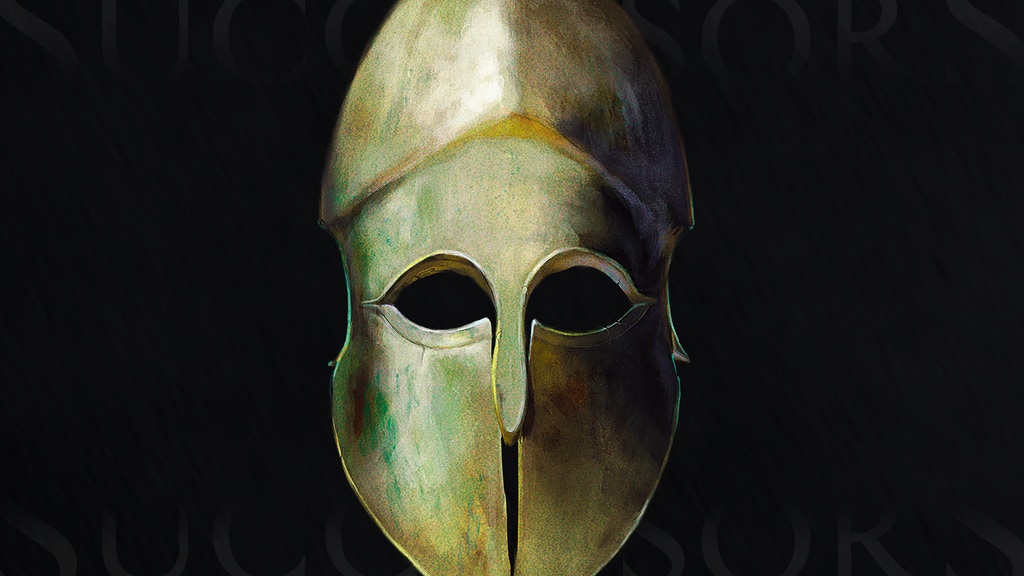 Latest Updates from Our Project:

In recent weeks, part of our team has finally been able to take a break on vacation and regain strength to continue creating games of the highest quality. We also organized a cosy, little event during which we presented an almost final version of Successors, which clearly impressed the guests.

But the important information we want to share is that we have received messages from manufacturers that the mass production of the figurines is proceeding successfully. The sample we received in the appropriate color met our standards and we hope that the next part of the journey - the upcoming printing - will be equally smooth.

With the end of June, we closed the Pledge Manager for Successors. It is a sign that we are moving to the next stage of production. We have finished most of the work related to the scenarios and game mechanics.

There has been a lot going on at PHALANX over the last month and many of the news are related to Successors, so please let us show some of them. To start with, we have finished the moulds for the figures for the manufacturer, who made the first casts of the final figures. Here are these moulds.

But that's not everything. Just a moment ago, we received the first versions of the figures. Now, after a close and careful check and if no issue are found we will start the production process for the minis rather soon. We belive the below images will reassure those worried about Successors - there are no delays, everything is going according to plan and we are on the track to deliver the game to you in October.

The figurines in the pictures have been arranged on Giant Playmat.

Our latest campaign, Domination, is underway on Kickstarter. This is a 90-120 minutes broad simulation of World War II on the strategic level. Each player count, and the game can be played with 2-4 players, offers a bit different experience. No matter what player count, however, you are getting a real team game in which one two factions, each of two powers, face each other.

In the classical split of Allies (Western Allies and USSR) versus Axis (Germany and Japan) both sides of the conflict are trying to gain an upper hand by controlling strategic areas, developing technologies and winning influence with neutrals. The play is really straightforward and streamlined, but the more you know about the game, the more strategic it gets and tactical choices become more and more important as you discover their meaning.

Please have a lookg at the campaign page and find out how much you like the project.

If you received a message about the closure of the pledge manager, please don’t be afraid - this is due to a system error because it was the original date of its closure. Until the end of the month, you can use BackerKit, make an order, and add accessories and our other games. On June 30, we plan to close the pledge manager, and then cards will be charged.

If you have any doubts or questions about whether it will be possible to be a few days late with payment, please contact us in a private message or via email: customercare@phalanxgames.co.uk

We don't expect any delivery delays to backers. It will invariably be October this year.

We also are developing a new version of the rulebook, the first page of which is presented below. It will probably change further, but the work is now at an advanced stage.

There are probably many of you wondering why the Pledge Manager was not closed on April 13 according to our earlier update. Due to the COVID situation we've decided not to charge the cards as this may not be convenient to some of you. Hence the pledge manager stays open until further notice. We will let you know the closing date in due time so that everyone can prepare.

All backers can also contact customercare@phalanxgames.co.uk to charge the card earlier for any reason. We want to make sure, the payment for "Successors" is as hassle free for you as this could be.

We have completed the design of several components and we are very happy with them. I am very excited to present them here. So, without further ado, here we go:

Usually, good design is the one that looks like an obvious solution. Simple, elegant and functional. Getting there is not always easy. Surprisingly, it took several iterations before we arrived at what we really wanted: the army training track, the box for keeping Victory, Legitimacy and Prestige markers, the distinctive player's coat of arms and a space below, where the Champion marker goes.

Movement Allowance Card quickly became the indispensable component much beloved by the playtesters. Now you see all the movement ranges at a glance upon placing the die you just rolled for movement in the designated space. There is also a nice art in the background.

A very cool feature indeed. Even more so, once we have combined it with the Active Player Card (replacing such a token), now to be found on the back of the card.  This helps to determine the Active player during the gameplay as well as the moment when the initiative goes to the next person when he/she is done moving.

Then come the Province Cards. They all now list what they meant to list and are additionally color-coded: see for example the three Lord of Asia provinces in orange and Royal Macedonia in purple.

Last but not least, we have decided we want to use 70x120mm cards and have redesigned the cards accordingly, see a Bonus card below to grasp the proportions.

Thank you for your support and stay safe!

Work on Successors is at an advanced stage. We're still working on the graphic layer to match the climate of the Diadochi wars. We're finishing scenarios.

The first miniature designs arrived from the factory.

We're pleased to inform you that there will also be a Czech Hannibal & Hamilcar edition, which will be published by Fox in the Box, which can be ordered as an add-on to pre-order Successors at BackerKit.

We would like to inform you that the last Freedom! copies have remained in our store!

Freedom! is a siege game, a test of will, endurance and tactics between the besieged freedom fighters and the besieging imperial forces, who have come to crush the rebellion. This universal contest is presented through a dramatic history of the siege of a Greek Holy City (Messolonghi) by Ottoman forces during the Greek War of Independence.

Keep up to date with PHALANX

It’s worth subscribing to the newsletter, PHALANX Club and FB to keep up to date with what is happening in our publishing house and what we’re currently working on.

This year we will also launch a new campaign - Domination. The game is a new, improved and extended edition of Mini WWII.

If you’re interested in the game and don’t want to miss the campaign, click the "Remind me" button that will remind you about the project after it has started.

This is the preview page: http://bit.ly/dominationonks